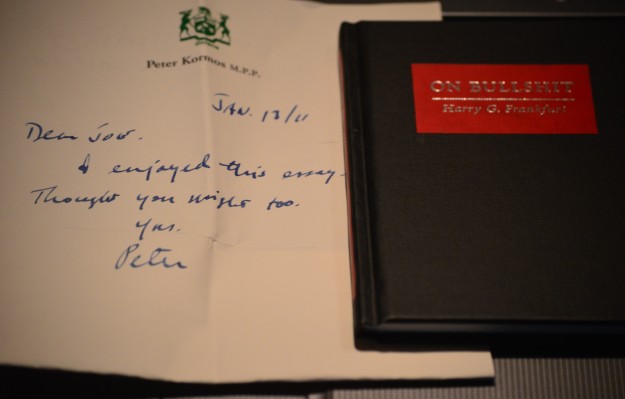 Better late than never. That’s what they say.

I won’t say anything in writing. So much good stuff has already been written. Let it lie there.

But I will share this photo of a book and a short note, both from Peter.

The book: On Bullshit. He told me about having read it. Then this copy came in the mail as a gift.

The note, in fountain pen of course: Dear Joe, I enjoyed this essay.Thought you might too. Peter.

I thanked him profusely for his thoughtfulness .

Now, prized pieces of my at-home archive of keepsakes and mementoes from over the years. And that’s no bullshit.

Just wanted to refer to it as a way of remembrance.

Better late than never. That’s what they say.