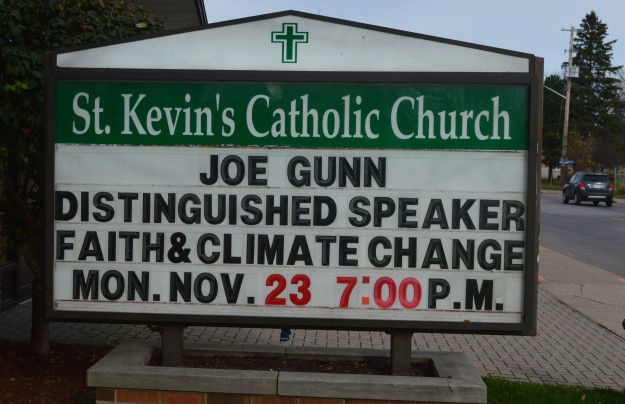 WELLAND – Climate change and ecological justice will be the focus of an address by Joe Gunn, executive director, Citizens for Public Justice when he visits Welland.

His address is titled: “Living Faithfully Into a New Climate – Christian Responses to Ecological Justice at the Paris Climate Summit.”

Timing of the address in Welland could not be more perfect. It is only days before the Paris climate conference opens and not long after release of the Pope’s encyclical letter, Laudato Si’ (Praise Be To You) so the topic should be high profile.

Citizens for Public Justice is an ecumenical, non-profit organization that promotes justice in Canadian public policy through research and analysis. Their current work is focused on poverty reduction, ecological justice, and refugee rights. CPJ defines Public Justice as the political dimension of loving one’s neighbor, caring for creation, and achieving the common good.

Distinguished Speaker Night is open to the community, no tickets are required.