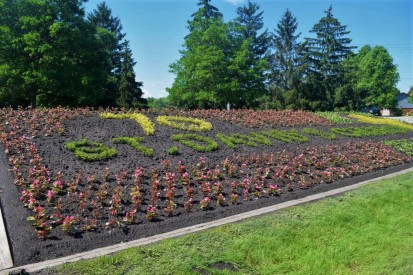 WELLAND – In 1946 Rev. Canon A.H. Davis of Holy Trinity Anglican Church felt time was right to expand the church’s presence in Welland and they began classes at the Little Green Schoolhouse on Thorold Road. Rev. Pat Patterson, assistant curate at Holy Trinity was in charge.
The first church service was held on Dec. 12, 1948 and drew 86 people.
Members of the new congregation decided to form a new church and sent a motion to the bishop to recognize the group as St. David’s Anglican Church. This name was chosen to reflect the Welsh background of a number of the parishioners.
The new parish received permission from Bishop Broughall on June 1, 1949. On June 24 of that year sod was turned for the new church. When the basement was completed services began in what was called “The Basement Church.” On April 27, 1952 the cornerstone for the church proper was laid.
The parish continues to grow and in 1964 an addition was added to the west end including meeting rooms and offices.
To make the church more accessible in 1990 the Ben Martin Memorial access was added including a new entrance from the parking lot and addition of an elevator. At the same time upgrades were made to the building.
A number of events have or are planned to mark the anniversary. In March, Bishop Susan Bell visited the church for service and a luncheon following. In June a sold out trivia night was held and an anniversary banquet is planned for Oct. 26, 2019.
During the seventy years we have had seven clergy and six deacons serve the parish. The present rector is Rev. Terry Holub and Rev. Richard Middleton deacon.
The parish continues to play an active role in the community.

(Cec Mitchell is a long-time member of St. David’s, 369 Thorold Road, and a former church warden. He is well known in Welland and area as a photographer at The Tribune, now retired)